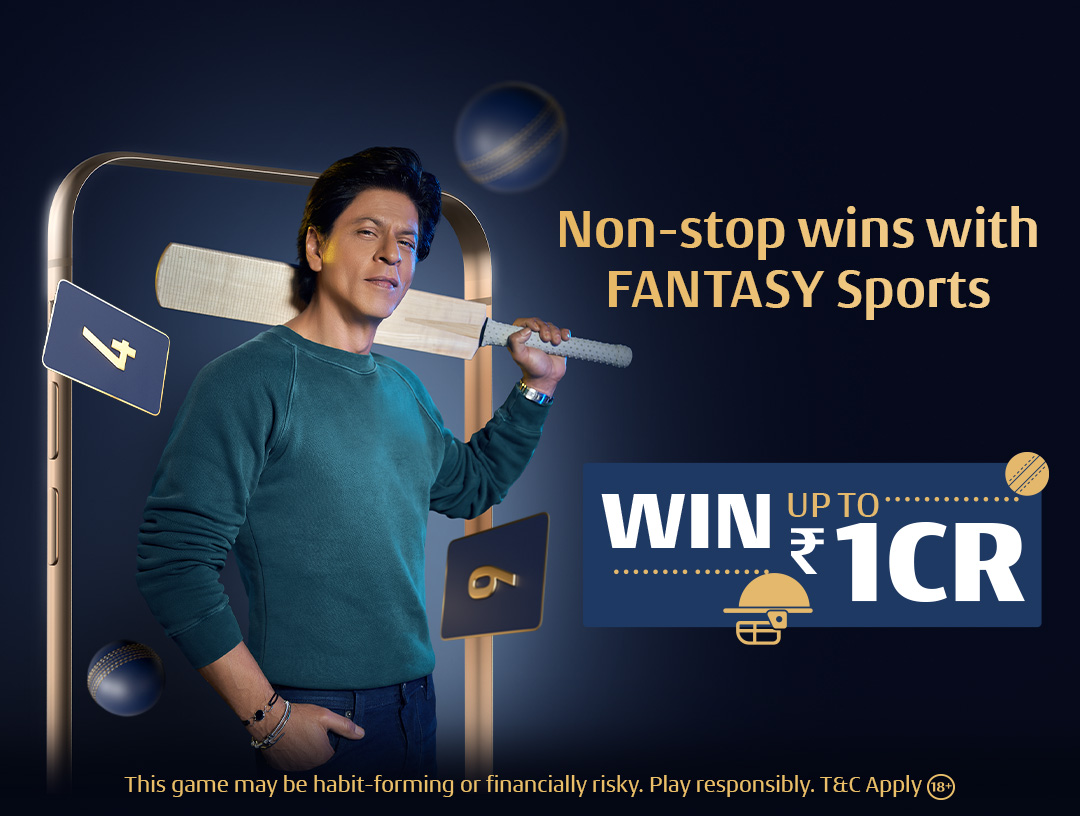 Get the A23 CPL Fantasy Cricket App

As per the regular CPL format, The CPL 2022 will also be played between six teams and is divided into a group stage and a knockout stage. In the group stage, the teams each play ten matches overall. Whereas in the knockout stage, the top 4 teams face off against each other in the semi-finals followed by the finals.

What's in store for you?

We are glad to bring to you a cracking version of your favourite fantasy cricket portal. Features like the daily rewards, series leaderboards, new team formation, upto 15 teams in multi-entry contests have been introduced. Winning on A23 Fantasy has been made simpler.

33 CPL matches are lined-up for avid cricket fans & lakhs up for grabs, every game, every day. CPL T20 Fantasy Cricket has undoubtedly been one of the most extensively played T20 leagues on A23 Fantasy & the league will return yet again, giving you massive opportunities to win big. CPL Fantasy Cricket League 2022 will feature some colossal T20 cricketers from the Caribbean Islands and the teams will battle it out once again for the coveted trophy.

CPL T20 Fantasy League will also have the Series Leaderboard up & running, where you compete with thousands of cricket geeks. Your top score from each CPL Fantasy Cricket match will be taken into consideration & users who feature in the specified rank range will win cash. Remember, consistency is the key here. The more contests you participate in, the better are your chances to top the leaderboard. Daily rewards will also be a feature to watch out for during the CPL T20 League. Completion of a task will earn you rewards daily.

The CPL T20 Fantasy Cricket League will also have the team limit increased to 15 for multi-entry contests. This means you can create upto 15 teams in contests where multiple contest entry is allowed. Team formation has been altered for better flexibility and you can use this feature in the Caribbean Premier League.

A brand-new points system also has been introduced for easier point calculation. The points are doubled for every action on the field and the bowler will earn 25 points for every wicket taken. It was 10 previously.

How to play Fantasy CPL T20?

Play, Win, Repeat has to be the winning mantra for the CPL Fantasy League. Join A23 Fantasy (you get Rs.75 Sign Up Bonus on joining), pick a CPL T20 Fantasy Cricket fixture, choose a contest, create your best XI(s) & start winning. How ready are you? Download the A23 Fantasy app now & start winning. Winning here #FeelsWow.

Which teams are playing the Caribbean Premier League 2022?

Six teams will battle to lift the trophy aloft.