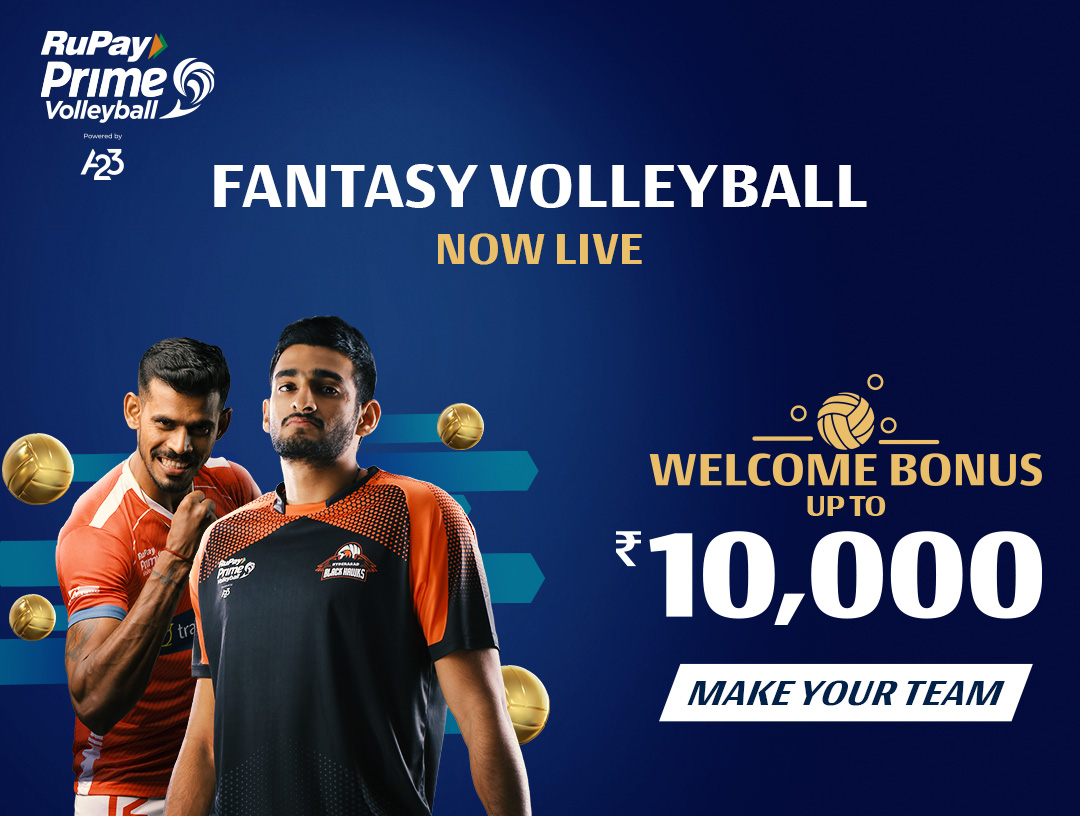 Get the A23 Fantasy Volleyball App

What is Fantasy Volleyball?

Fantasy Volleyball is an online version of the sport of Volleyball that is followed by people all across the globe. Translating the same rules from the court to the online experience, you have to assemble a virtual team of real players. This team consists of 6 players, whose real-life performances in games earn you fantasy points. The better your players perform, the more fantasy points you receive. The more fantasy points your team gains, the higher you place in round and seasonal rankings.

If you love the game of Volleyball, then fantasy on A23 is the place for you! Start off by taking part in any ongoing competitions and building a superteam that propels you towards the ultimate glory. Select your squad based on player performances and keep other necessary details in mind, and wait and watch as your team produces the magic on the court! Win fantasy points based on your performances and see yourself atop the leaderboard as you continue to win big prizes. Excited? Download the A23 Games app and start your winning campaign now!

How to Play Fantasy Volleyball

Every Volleyball team you create on A23 Fantasy has to have 6 players, of which a maximum of 4 players can be from any one team playing the real-life match.

You can have a multitude of combinations for your A23 Fantasy team, but your team has to function within the budget of the 1000-credit cap and must qualify the following team selection criteria:

To join the game, select your best fantasy volleyball squad of 6 players, consisting of:

The total spending budget of your initial squad must be less than or equal to 1000 credit coins.

You can create your squad of 6 by selecting players from both teams competing against each other.

Captain - GETS x2 the scored points.

Vice-Captain - Gets x1.5 the scored points.

Fantasy Sports on A23 is super safe, secure and legal. A23 Fantasy complies with all central and state legislation in India to make certain that the users are fully protected. Every contest on our platform is carefully designed to comply with applicable statutes and regulations in India. A23 Fantasy is also associated with the Indian Federation of Sports and Gaming (IFSG), India's first and only self-regulatory Sports Gaming industry body formed to protect consumer interest and create standardized best practices in the Sports Gaming industry.

You can play free contests and also play cash contests on A23 Fantasy with outright confidence. Fantasy Volleyball is a skill-based game and isn't considered gambling. It is 100% legal in India. Our payment gateways are completely secure and transactions are carried out smoothly. Want to win cash every day? Download A23 Fantasy now and start playing.

Intro line - Like every other sport, Volleyball on A23 also has its own unique fantasy points system.