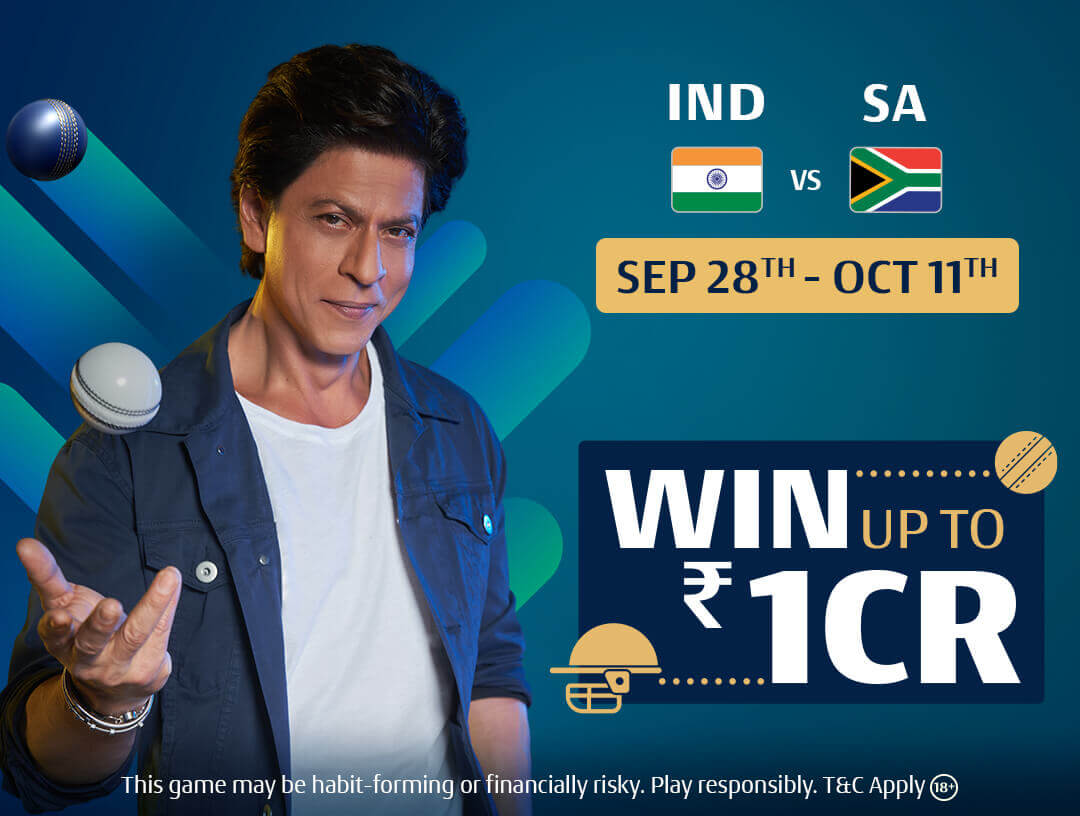 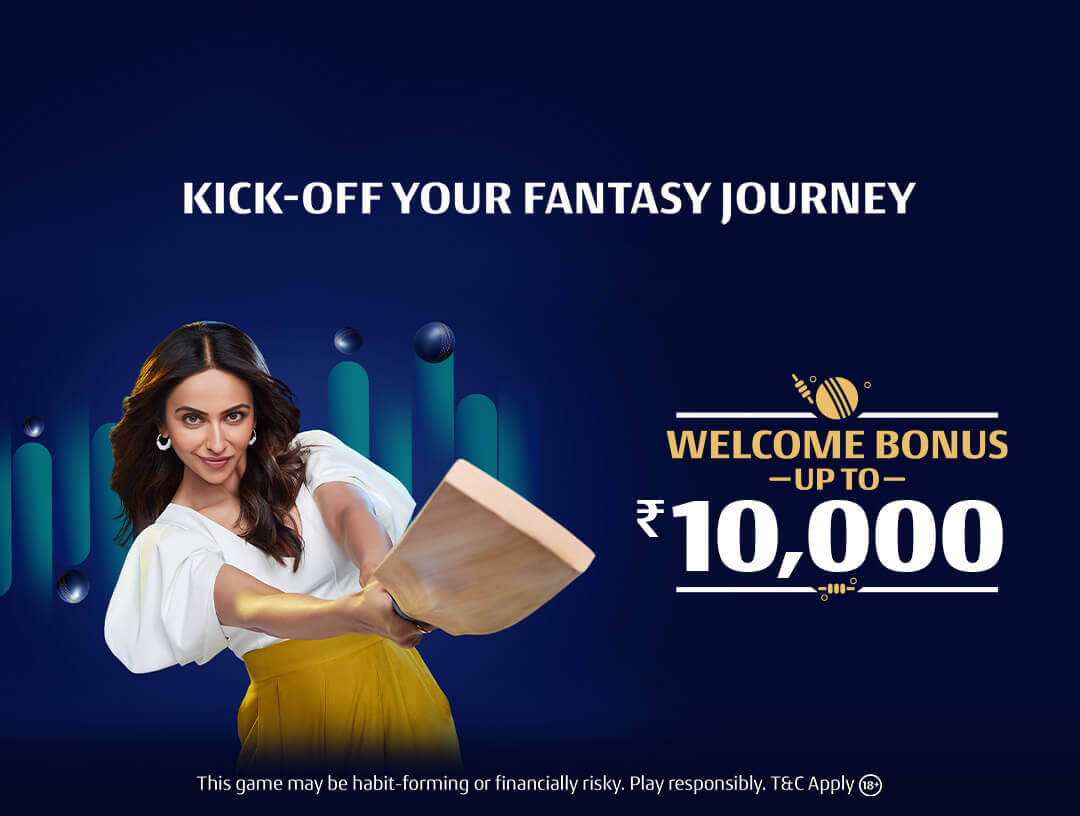 Get the A23 Fantasy Cricket App

What is Fantasy Cricket?

Fantasy Cricket has been an absolute revelation in our country. Over 100 million people are a part of this bandwagon and the number are certainly on the rise.

WHY FANTASY CRICKET ON A23 Fantasy?

A23 Fantasy thrives on giving users the best possible fantasy cricket experience. A23 Fantasy is secure, it's easy to use & the transaction on it happens at a lightening quick speed. Experience fantasy sports at its absolute best on A23 Fantasy.

Fantasy Cricket gives you an opportunity to win money & that's a major reason for users to stick around it for an eternity almost. The only prerequisite for this would be a little knowledge about the sport. It needs your ability to choose the best players & beat thousands of others who also are inclined towards the same purpose.

When you add your team to participate in a fantasy cricket league, you're constantly on the move. To be more precise, it's similar to owning a team & wanting the best result for it. The major plus here is that you win money if your fantasy cricket team does well.

Cricket is a religion in India, metaphorically & that's a massive boost to the fantasy cricket community. As long as cricket survives fantasy cricket also will & that by the looks of it seems perpetual. Fantasy Cricket is undoubtedly here to stay. Create your best XI for the fixtures lined-up & win big money every day.

Why is A23 Fantasy Awesome?

A23 Fantasy has been one significant portal that's made Fantasy Sports, especially Fantasy Cricket more accessible for over millions of fantasy players. Play fantasy cricket & win big every day on A23 Fantasy.

Register, challenge fantasy players, beat them & show them who the real sports buff is. If you think that's exciting, you're in for a magnificent fantasy sports journey.

We've always thrived on bringing to you an attractive and a friendly interface. The new look and the ease of playing fantasy sports have certainly gone up a notch.

Safe edit helps you change your fantasy cricket team until the first delivery is being bowled. The Safe Edit option helps you pick players who are certainly featuring in the line-up. Choose wisely, win more. You can now download a PDF file containing the list of players your opponent has chosen, their captain & vice-captain picks

Play more, win more and win with a lot of style.

Your points and ranks for the fixture you've participated in are updated in a jiffy. The fantasy cricket players you pick to perform in real-time and the fantasy player with the maximum points not only win bragging rights but also cash. Get in there & start winning

Fantasy Cricket is massive in India & one of the finest portals for fantasy sports in the country is A23 Fantasy. The fantasy version of the sport was bound to create a stir in India & A23 Fantasy has played the role of the catalyst to perfection. A23 Fantasy is trusted by millions & the users get to compete against the other cricketing fanatics on a single platform. The best part, they get to win big cash. That's a match made in fantasy sports heaven. A23 Fantasy allows all the cricketing nerds to use their cricketing knowledge, join the various cash contests & win money every day. The interface is extremely user-friendly, transactions happen in a jiffy, contests are lined-up all throughout the year & plenty of cash can be won. A23 Fantasy indeed is the best fantasy cricket app in India. Join now & start winning.

WHY PLAY FANTASY CRICKET ON A23 FANTASY?

A23 Fantasy thrives on offering users the best possible fantasy cricket experience. A23 Fantasy is secure, easy to use with instant, lightning-fast transactions. Experience fantasy sports at its absolute best on A23 Fantasy.

Fantasy Cricket gives you an opportunity to win money and that's a major reason why users stick around. All one needs is basic cricket knowledge. The user can then select the best players based on their performances and create a team that the user thinks is good enough to win them fantasy matches, leagues or tournaments.

In order to compete, the team a user makes has to be good enough. There are millions of users who play fantasy sports day in day out, so to beat these seasoned players, one needs to be up to date with the sport in general to have a chance against them.

When you add your team to participate in a fantasy cricket league, you're constantly on the move. It's similar to owning a team and making sure you do whatever it is in your power to help the team win. It's simple - you win money if your fantasy cricket team does well.

Cricket is a religion in India, and that fanfare directly translates to fantasy cricket. As long as cricket survives fantasy cricket also will. Fantasy Cricket is undoubtedly here to stay. Create your best XI and win big money every day.

JOIN FANTASY CRICKET CONTESTS TO PLAY ON A23 FANTASY APP

Cricket in India needs no introduction & the fantasy version of it has also evolved exponentially, courtesy the various fantasy sports portals. One platform that has played a primary role in the growth of fantasy cricket is A23 Fantasy. Millions of users play Fantasy Cricket on A23 Fantasy & the number has only gone upwards. How? Joining A23 Fantasy is extremely simple & browsing through the app is super easy. Numerous fixtures, various cash contests & big winnings are a huge motivation for fantasy cricket enthusiasts. Download the app now, join Fantasy Cricket Contests to play on A23 Fantasy App & Win Big Cash Daily.

Fast deposit and withdrawal, instant withdrawal, Paytm deposit & 24*7 customer support. A23 Fantasy has taken customer service and the experience of Fantasy Cricket Games to a whole new level. What are you waiting for? Register, sign up, compete and start winning cash. Yes, it's that easy.

Our portal is readily available for installation on the Android, iOS operating systems and you can participate in the fantasy cricket games and leagues from your web browser as well. We list out international and domestic games (all formats) on our game centre. All you've got to do is pick a fixture, select from the numerous cash contests available, create your dream team and start winning.

If you're a newbie and wonder 'How to play Fantasy Cricket Games', we've got you covered there too. The 'How to Play' & 'Fantasy Cricket Tips' section on our webpage will solve all our queries.

You're only minutes away from experiencing the best fantasy cricket App on A23 Fantasy. Play now and win cash every match

Cricket War between Participant teams in the World Cup seasons Where all the fantasy cricket users can win cash daily. Various cash contests to participate in, lakhs of users to challenge & crores of cash to be won daily. That's as exciting as fantasy cricket can get. Challenge your friends & the cricket geeks on A23 Fantasy.

Play ICC World Cup Fantasy Cricket, select your best XI daily & start winning. Make changes/Create your ICC Fantasy Cricket League teams until the very first delivery is bowled. Fantasy cricket has now been made extremely easy on A23 Fantasy. What are you waiting for? Watch the teams battle it out for the mega trophy & you compete with millions of users to be the Fantasy Cricket champion. Ready with your boss move?

Fantasy Cricket has changed the whole complexion of fantasy sports in India. Cricket games can easily replace oxygen on the periodic table of elements. India is a cricket crazy nation and fantasy cricket has been an absolute blessing as far as fantasy sports is concerned. The Indian T20 League is without a doubt the grandest T20 ICC World cup cricket league in the world. On A23 Fantasy you can Play Indian T20 Fantasy Cricket League and win money every day.

What better than watching your favourite sport, using your cricketing knowledge and earning money through it. Welcome to the World of A23 Fantasy, where fantasy cricket game is the real hero. You can choose an Indian T20 League & ICC T20 World cup fixture, select a cash contest, compete with thousands of fantasy cricket players and win cash. It's easy, it's fun, it's A23 Fantasy.

On A23 Fantasy you have cash contests where you have an option of fielding multiple fantasy cricket teams. Here, you can try out different team combinations which in turn gives you a higher chance of winning huge amounts. The players you chose will earn points based on their real-time performance. The higher your rank, the more chances you have of winning big money. Your cricketing knowledge will be the deciding factor here. Users can also challenge their friends for bragging rights and of course, to win cash. What are you waiting for? Sign up and A23 Fantasy.

Fantasy cricket on A23 Fantasy is super safe, secure & legal. A23 Fantasy ensures to comply with all central & state legislation in India to make certain that the users are fully protected. Every contest on our platform is carefully designed to comply with applicable statutes & regulations in India.

You can play free contests & also play cash contests on A23 Fantasy with outright confidence. Fantasy cricket is a skill-based game & isn't considered gambling. It is 100% legal in India. Our payment gateways are completely secure & transactions are carried out smoothly. Want to win cash every day? Download A23 Fantasy now & start playing.

You must be 18 years+ to play real money fantasy sports.
Players from Assam, Nagaland, Meghalaya, Orissa, Sikkim, Telangana and Andhra Pradesh are not allowed to play online fantasy sports for prizes.